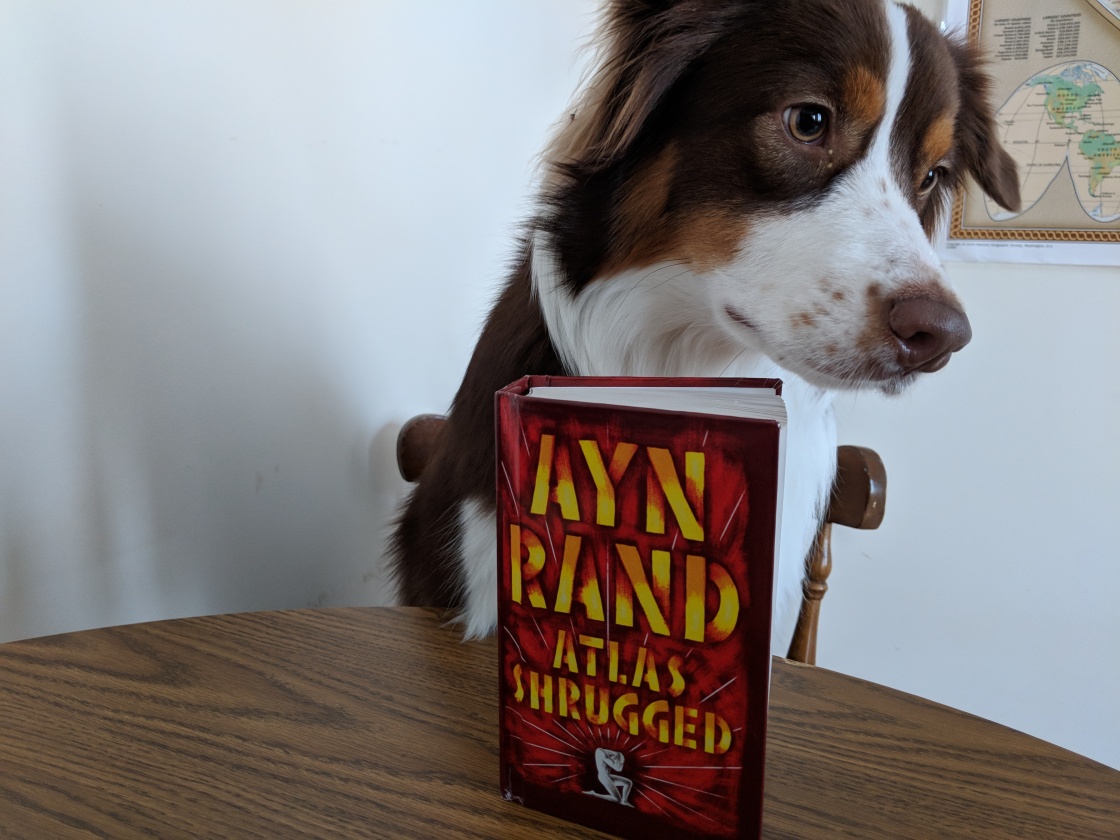 Ayn Rand In Quotes: “Atlas Shrugged: Either-Or and A is A”

I finally finished “Atlas Shrugged” by Ayn Rand –  today I closed the last 1075th page of that book. A few days ago, while visiting my parents-in-law for Christmas, my brother-in-law picked the book and asked what is it about. I could not make any coherent explanation. Why, well because this book is about everything, you can not put into words a single subject what it is about – there are too many subjects and too complex of a reality.

When I finished reading Ayn Rand, I felt immense peace. I felt that I have a purpose and everything in the world has a purpose and that Ayn had a specific purpose when writing this book – a conscious purpose to which she was led by the effort of thinking that as she claims is the only mode of man being right and existence of a man. The existence is admitting the objective reality, that A is A and the mode to deal with reality is to have a purpose which can be achieved through thinking. The previous sentence probably does not make much sense, but you will understand after reading “Atlas Shrugged” and getting a glimpse of Rand’s philosophy of objectivism.

Funny fact that I found about the author is that when “Atlas Shrugged” came out, there were groups of followers that imitated the characters from the book and that Rand engaged in discussions with. I can understand why they were enchanted with her book, and I want to keep a short glimpse into it here through quotes that struck me the most while reading it so…

What if Prometheus changed his mind? After centuries of being torn by vultures in payment for having brought to men the fire of the gods, he broke his chains – and withdrew his fire – until the day when men withdraw their vultures.

A circle is a movement proper to physical nature, they say that there is nothing but circular motion in the inanimate universe around us, but the straight line is the badge of man, the straight line of geometrical abstraction that makes roads, rails, and bridges, the straight line that cuts the curving aimlessness of nature by a purposeful motion from a strat to an end. It is not proper for a man’s life to be a circle, or a string of circles dropping off like zeros behind him – man’s life must be a straight line of motion from goal to farther goal, each leading to the next and to a single growing sum.

Only I think it is a sin to sit down and let your life go, without making a try for it.

She knew that there was no meaning in motors or factories or trains, that their only meaning was man’s enjoyment of his life, which they served – and that her swelling admiration at the sight of an achievement was for the man from whom it came, for the power and the radiant vision within him which had seen the earth as a place of enjoyment and had known that the work of achieving one’s happiness was the purpose, the sanction and the meaning of life.

The concept of wealth is the wealth of selection and not of accumulation.

All work is an act of philosophy. And when men will learn to consider productive work – and that which is its source – as the standard of their moral values, they will reach that state of perfection which is the birthright they lost…What is the source of work? Man’s mind.

It does take an exceptional mind and a still more exceptional integrity to remain untouched by the brain-destroying influences of the world’s doctrines, the accumulated evil of centuries – to remain human, since human is the rational.

Every man builds his world in his own image. He has the power to choose, but no power to escape the necessity of choice. If he abdicates his power, he abdicates the status of a man, and the grinding chaos of the irrational is what he achieves as his sphere of existence – by his own choice.

That which you call your soul or spirit is your consciousness, and that which you can ‘free will’ is your mind’s freedom to think or not, the only will you have, your only freedom, the choice that controls all the choices you make and determines your life and your character.

These quotes touch a lot on Rand’s philosophy of objectivism and if you would like to learn more, you can always grab a copy of “Atlas Shrugged” for a read.