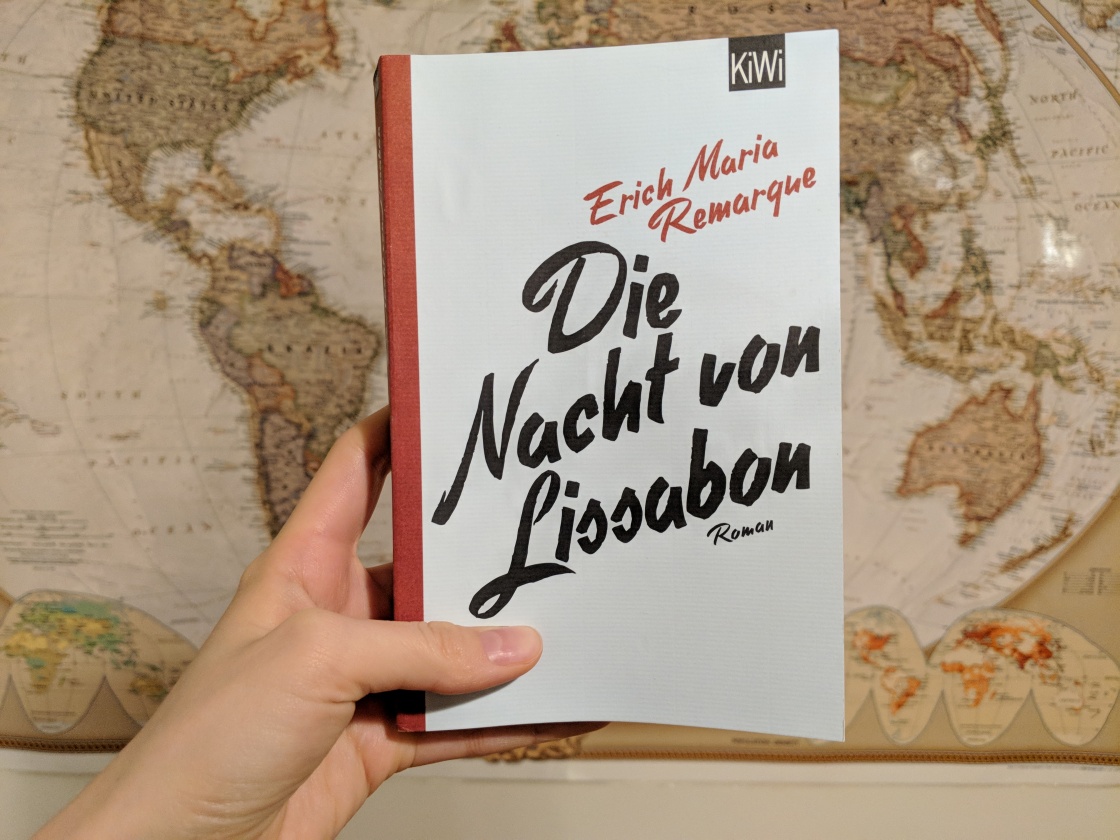 I read a lot of Remarque. He is one of those writers from “lost generation” after war period along with Hemingway in whose novels you can feel that the end is not to be avoided but at the same time that the given moment is infinite. They are terribly nostalgic and I love this sadness but also the celebration of life in their works.

“Some day perhaps our time will be known as the age of irony. Not the witty irony of the eighteenth century, but the stupid or malignant irony of a crude age of technological progress and cultural regression”.

“Die Nacht von Lissabon” is the last novel that Remarque completed before his death and that sold close to 1 million copies after it was published. For the background, Remarque works usually include the stories of Germans during the second world war who disagreed with Nazis politics and who ran away from Germany. They were, in many cases, illegal immigrants stuck in France who managed to escape from Nazis concentration camps or Hitler regime. What is interesting is that these people during the war were stuck between two poles – two blocks that were fighting with each other; they were considered the traitors of the Nazis regime so by default not accepted by their homeland, but also they were illegal in any other country that was going against Nazis since they were seen as a potential threat. Although, there are a lot of stories about two sides – Nazis and fighting against them the block of countries, there is very little that is said about those who are in between the poles and not accepted by any of them and Remarque masterfully depicts those.

“Die Nacht von Lissabon” also belongs to one of those novels – Remarque tell us a story of an immigrant “Schwarz” who escaped the German concentration camp and landed in France. All seems to be good until he realizes that he would like to go back to Germany to pick up his wife Helen. And he does so. In short, they manage to escape Germany, and after a long “oddysea”, they finally land in Lisbon with the visa to leave to the United States. Although, I put it here in one sentence,  but they do suffer through a lot of things until they get their chance to be safe. The, in Remarque’s works, things do not end easily – Helen is sick and dies a day before they are to leave to America.

I loved that ending – not because it was sad or happy. But because Remarque found a way to show that some things can not be changed through war or the age when you live – things like love, dedication or even death. These are the things that can not be taken away by regimes, rules, wars, the circumstances of the age that you are living in. These things are given to humans and they come above any socially created conditions; these things that give human life a value – a beautiful and nostalgic value.

I also have to notice an interesting narrating concept – the whole story covers a period of a few years, but is told in a novel by “Schwarz” during one night. One night in Lisbon.