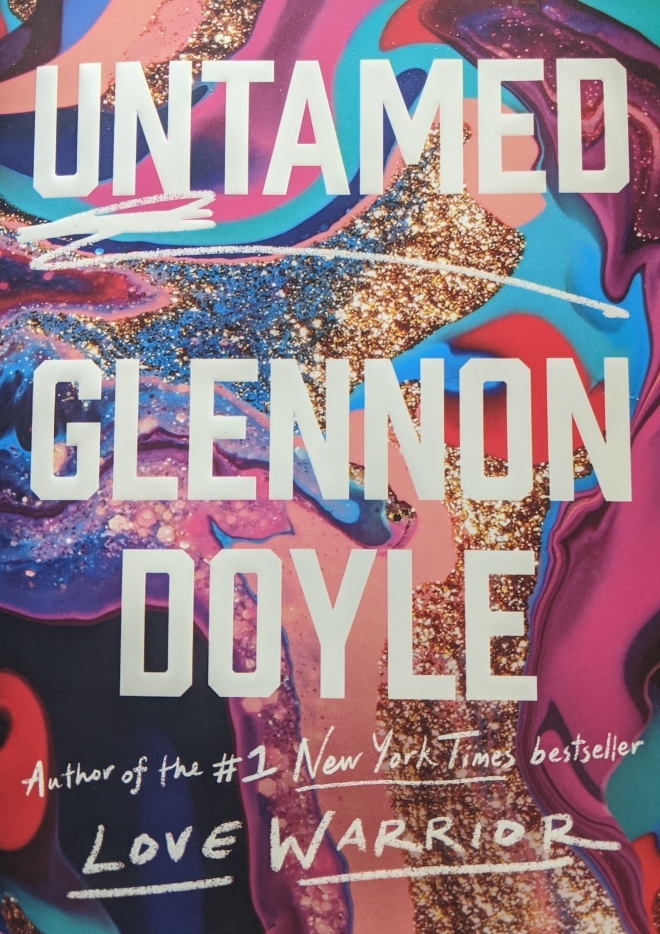 I think if you are following the contemporary fiction, you have probably heard of “Untamed” by Glennon Doyle. I have been recommended it by several people and have seen a lot of good reviews so I decided to pick up this book. I thought it was good and I highlighted many parts of different chapters that moved me or interested me, but some chapters I also had a hard time getting through as they felt somewhat like they were falling short. But let’s start from the beginning.

“Untamed” is not entirely a fiction, it is an a way a flow of thoughts or ideas on a specific aspect of the author’s life that are split into chapters. The overarching idea that goes through all the chapters is how the author felt that she was tamed in her life by all the social norms, stereotypes and ideas and how she became “free” from these norms, or “untamed”. At the beginning, Doyle gives a metaphor of a cheetah in the zoo who can not run freely and is tamed and how she feels free once she is out of the public eye which symbolizes the author’s journey to become free – free from from the marriage with her cheating husband, free to love another women, free from religious limitations and many more.

I liked a lot of thoughts in the book – there were definitely a great food for thoughts. Here are some of my favourite ones:

“When I was a child, I felt what I needed to feel and I followed my gut and I planned only from my imagination. I was wild until I was tamed by shame. Until I started hiding and numbing my feelings for fear of being too much, Until I started deferring to others’ advice instead of trusting my own intuition, Until I became convinced that my imagination was ridiculous and my desires were selfish. Until I surrendered myself to the cages of others’ expectations, cultural mandates, and institutional allegiances. Until I buried who I was in order to become what I should be. I lost myself when I learned how to please”.

“Brave is not asking the crowd what is brave. Brave is deciding for oneself”.

“I love myself now. Self-love means that I have relationship with myself built on trust and loyalty. I trust myself to have my own back, so my allegiance is to the voice within. I will abandon everyone else’s expectations of me before I will abandon myself. I will disappoint everyone else before I disappoint myself. I will forsake all others before I’ll forsake myself. Me and myself: We are till death do us part.”

A little Bit Of criticism

I liked the book a lot and I understand that it was meant mostly as a journey of a woman who became “untamed” and free from social stereotypes and notions. But this slightly feminist side of the book is where it fell short for me. I think it is not only women who are tamed by society and upbringing into specific roles – so does it happen to men, to people of color, to people who come from specific cultural community. I feel like being “tamed” is so much more applicable and widespread that changing the emphasis from the “woman” to a “human” could have gained much wider audience for this read.

Other than that, you should check it out!