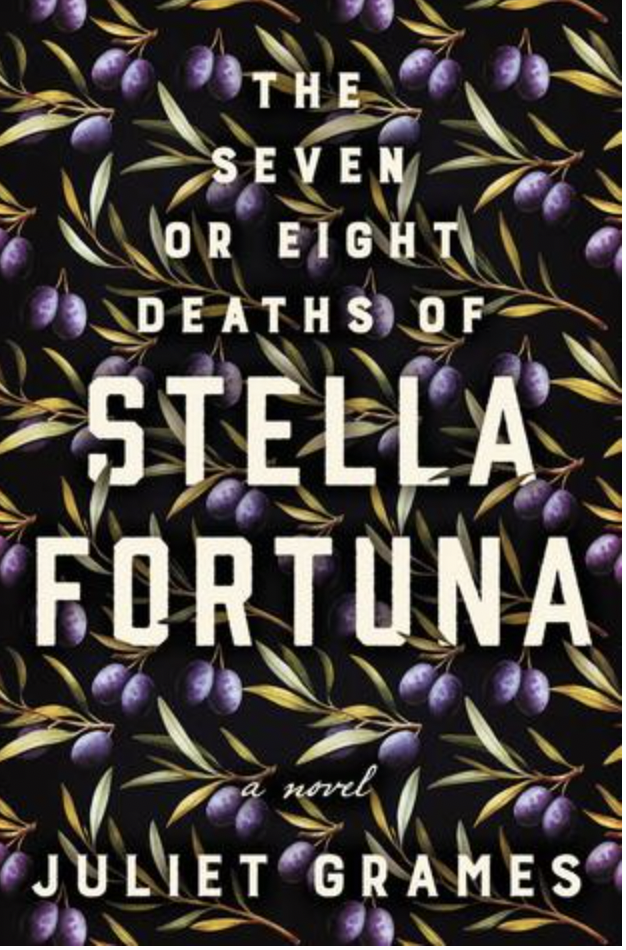 “Seven or Eight Deaths of Stella Fortuna” by Juliet Grames

The second book in a row that I have a lot of emotions about! “Seven or Eight Death of Stella Fortuna” by Juliet Grames is the fictionalized family history of her Italian grandmother Stella who immigrated to the United States just before the Second World War. Sometimes I pick the books that I want to read randomly and this one was exactly a random choice, a break needed from Elton John’s biography. But I am not sure if it was a break in terms of all the emotional rollercoasters in the book.

The story of Stella Fortuna starts in a small Italian village where she is born to Assunta and Antonio. She is in fact, a second daughter of Assunta and Antonio – her older sister Stella Fortuna died right at the age of two from influenza. After the death of the baby, the couple had another girl and decided to name her Stella again. This is where the mysticism in the book starts – Stella feels like she is being haunted by the ghost of her baby sister that is trying to kill her for the rest of her life (hence the title).

That part aside, Antonio originally goes to fight in the Italian war and later immigrates to the United States leaving his family behind. Once he settles in the US, he spends all his money on drinks and women without sending any support to his family. Assunta, in the meantime, learns how to live alone with her children and is content with her life without her husband until at some point, he decides to have a change of hear and bring them to the US as well. Of course, Assunta does not have any voice in this decision as she is considered her husband’s property. From then on, the story goes into Fortuna’s settlement in the US and how their life is unveiled until the present time:

“Over the years of human history, many people have made the choice to get on a boat to go to a strange and hostile place – can you image the desperation they must have felt in order to step onto that boat knowing there was a chance they would not reach their destination? Most recently, these people have been immigrants trying to get into Italy, not emigrants trying to leave, and their passage is no easier or safer than that of their antecedents. Thousands of refugees from Syria, Lybia, Eritrea, Somalia, Ghana and Nigeria have died off the coasts of Italy in the last ten years, capsized, drowned, sunk in flames. History marches on, and names and destinations change, but not the injustices we let one another suffer.”

Why so many emotions? Well, first of all – wow, how the times changed for women’s rights in the last 50 years! Just half a century ago they were considered husband’s property and could not have any voice in whatever decision was to be taken. But also, they had no right for a career or for a choice not to marry (now that I am thinking, this is still happening in some countries!). This is part of the story where I felt grief for Stella who was traumatized and sexually abused in her childhood by her father never wanted to marry or have children but was forced into having a family. She wanted to be a free, independent woman living by herself but the times did not allow it and she ended up birthing 10 children. That is not to say that she might not have been happy at the end, it is that she did not have a voice in the choice over her body or her fate.

And then there is also sexual abuse from her father and how it traumatized Stella for the rest of her life making her unable to see intimacy as anything but suffering. I liked how honest the book was in this part.

I found Stella’s story interesting, there were times when I could not put the book down but by the end I felt that it was a bit clumsily executed – the narrative jumped around and there was not one concluding point that would focus on Stella and finish the story nicely. Overall, it is a good read if you don’t mind a bit of clumsy narration.

“But Stella would never go back to Ievoli. She would never again see the early-morning sunlight reflecting off the shiny ripening rinds of the lemon tree, the lemons themselves not as lemon-yellow as the sun. She would never again stand in the church chiazza and watch the smoking volcano Stromboli appear on the orange horizon at the last moment of the sunset. She would never again walk down the fog-thick mountain path after a January cold snap to see steam rising off the ilex tress as the frost evaporated in the wintry Calabrese sun, or worry that a cinghale, a gray-tusked wild board, might come charging out of the low-lying mist, leading its snorting brown babies to snuffle for bugs and mushrooms among olive tree roots. She would never again sit on the red earth mound at the top of the olive grove and watch the leaves turn over in the wind, blue-silver green blue-silver.
You step on a boat knowing it is forever, one way or another. But understanding what forever means – that is something your heart tries to protect you from.”