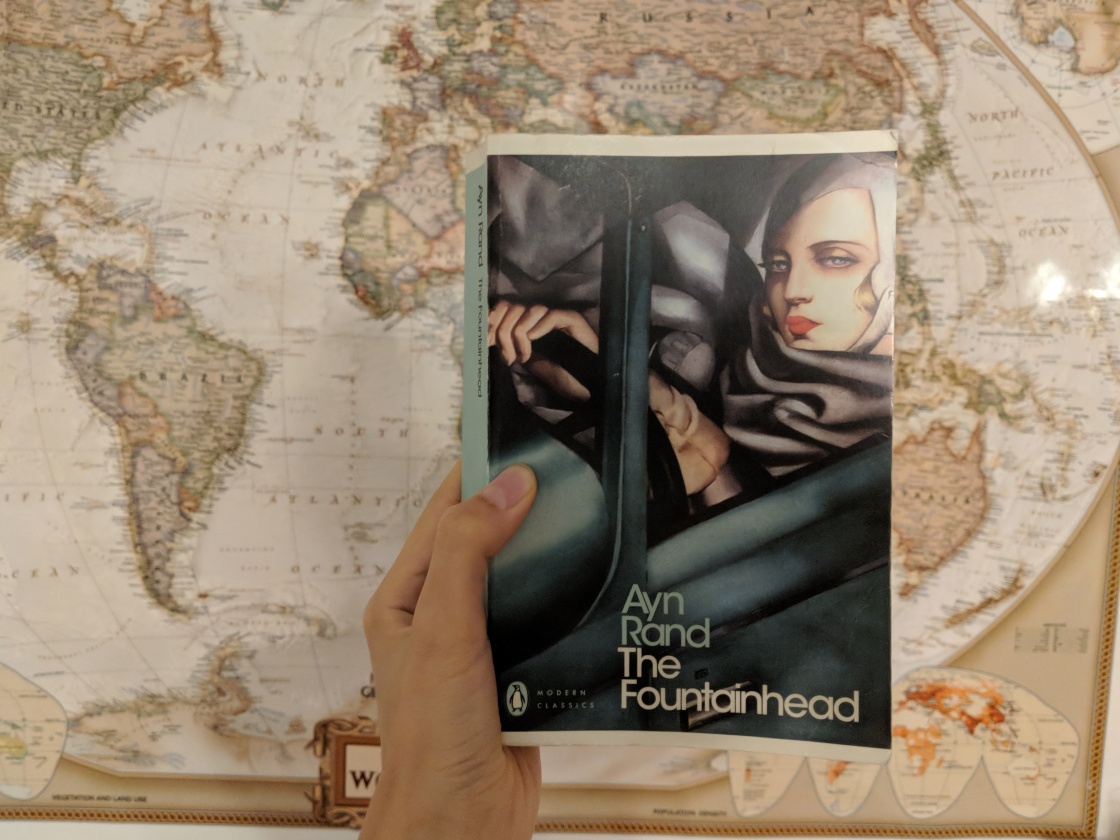 “The Fountainhead” by Ayn Rand

I was recently reading a short summary of Ayn Rand’s biography and one sentence where she characterized her work struck me. She said something like “I do not write literature that will last a year or two, I write my book for centuries” . “Fountainhead” was indeed one of those books written to remain on readers’ shelves for a long time.

The central character in the book is Howard Roark – an architect. More than that, he is a creator and not a second-handler, he does not copy the work of others, does not chase the achievements of the past, does not entertain rich clients to get commissions. Roark does not work to be the best architect, he works to be a creator that finds contentment in his own work.

Most of the plot is a tense and a bit hyperbolized fight between Roark who stands for the rights to be free, to create and work on his own terms against a society, specifically represented by Ellsworth Toohey that celebrates mediocrity. Toohey’s main goal in the story is to achieve power that, according to him, can be obtained when there are no thinking man, no man who dare to stand out. Roark is the man who stands out and that’s why he is the biggest danger to those who want to attain control over society.

I did appreciate how Roark stood against the mediocrity and the social pressure in the novel but even more I admired his views (hence Rand’s views) on work and the role of “self” in the creative work. In his final speech at the trial Roark explains how he sees his work: creative work comes from a thinking man, from a desire of a man to create hence it comes from “self” – “self” or man’s “ego” is the power that drives the work forward, it drives it for its own fulfilment, for its contentment, for “self” and not for “others”.  These are the only terms on which Roark lives and works and this is his definition of “egoism”. You can understand his motives better once you embrace the whole story in the novel and I will let you do so. In the meantime, I have selected a few quotes from the book that stuck with me:

“Every form has its own meaning. Every man creates his meaning and form and goal. Why is it so important – what others have done? Why does it become sacred by the mere fact of not being your own? Why is anyone and everyone right – so long as it is not yourself?”

“From the simplest necessity to the highest religious abstraction, from the wheel to the skyscraper, everything we are and everything we have comes from a single attribute of a man – the function of his reasoning mind.”

Read “Fountainhead”, it is a book for centuries. Ayn Rand does not write otherwise.