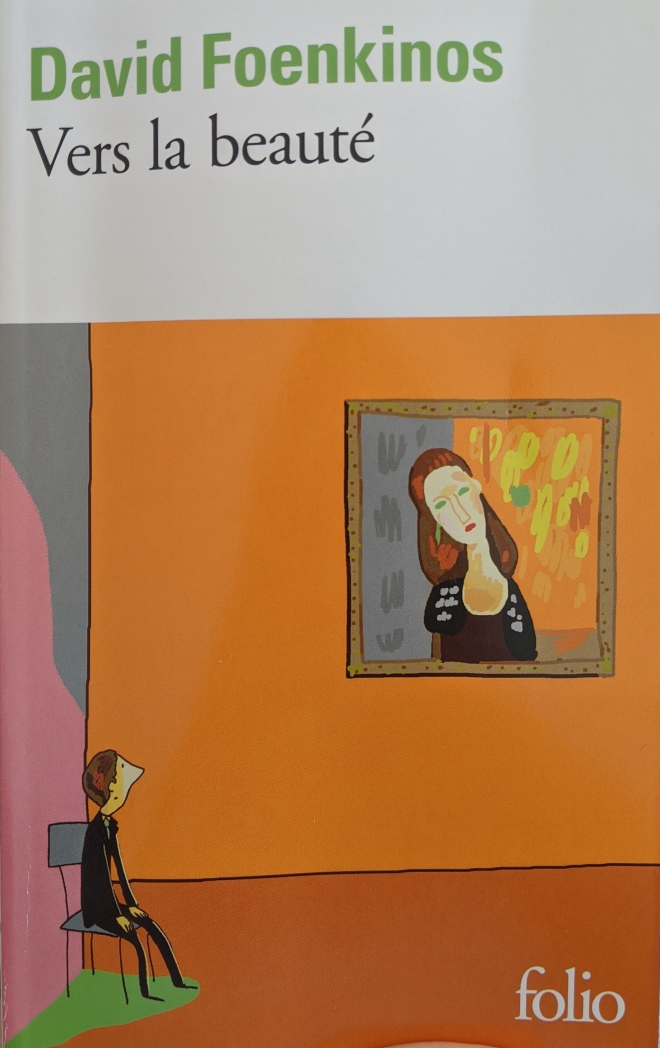 Last year I already read a novel “Le mystère d’Henri Pick” by David Foenkinos and it was the first book that I read in French. I really enjoyed his style of writing as it was humorous, laconic but also easy to read for a non-native speaker of French. This is why I decided to pick another novel by Foenkinos called “Vers la beauté”.

The story itself starts with the art teacher Antoine Duris who out of the blue quits his position as the university teacher and goes to work as the guard of the room in the museum in Paris. Although he gets the job as a guard, it is clear to the director of the museum that he is overqualified for it and she tries to tap into the mystery behind his actions.

Eventually, they get back to Lyon, where Antoine is from, and their first stop is the cemetery – a tomb of an 18-year old Camille. This is how we get introduced to the art student Camille – the book then goes into the details about her childhood, how she discovered the love of art and how she was taking the private painting classes during one of which she was raped at a young age. From then on, we get exposed to her coping mechanism and how she dealt with her grief until it was impossible to deal with it any further.

Antoine met Camille in one of his university classes and thought of her as a brilliant student. Camille equally adored Antoine as a mentor and deeply valued his opinion. Their relationship were in a way daughter-father and student-mentor. In one of her essays for the class, he left some comments that the work went off subject and coincidentally, the next morning Camille committed suicide. Since Antoine did not know about her earlier trauma, it prompted him to think that her death was caused by his evaluation as he knew that she deeply cared about his opinion. This is why we find him in the museum in Paris as a room guard – unable to bear the loss and blaming himself for the death of the student, he goes “vers la beauté”.

I put the summary of the book in a very dense manner but the book is much more complex than that. It depicts the struggle of the young girl who was abused and her aversion to her own body, her forced mutism about the abuse (for she was blackmailed by the offender to) and how she tried to transcend it through art and artistic expression. The story is beautiful and touching but at the same time heart-breaking.

I really did not expect this from David Foenkinos: the previous novel that I read was humorous, and mysterious, and light to read while “Vers la beauté” was lethargic and sad but at the same time touching. I guess it is a sign of some good writing to get the readers on the multiple journey of emotions, eh?