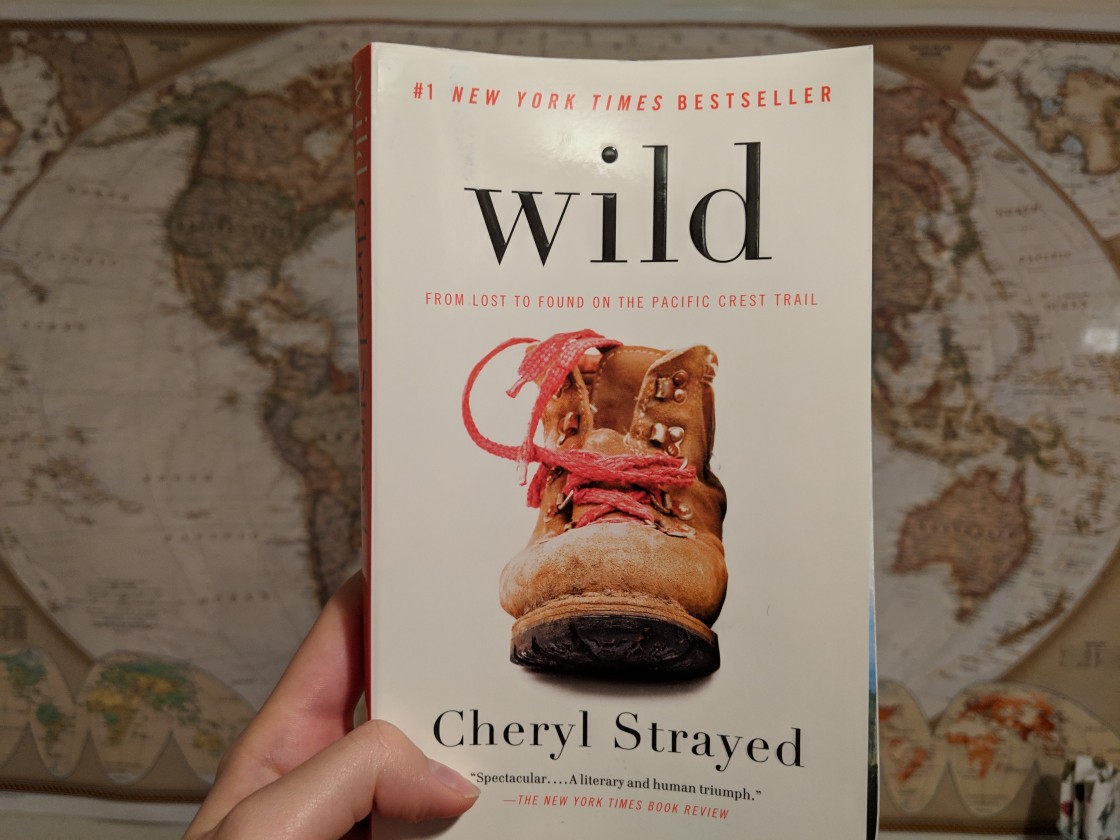 I few weeks ago, I mentioned that at the beginning of October, I had a chance to attend Automattic Grant Meetup in Florida. Part of the new additions to the Grand Meetup were speakers who gave talks about their books in different areas. One of them was Cheryl Strayed.

Prior to listening to her speech, I was not familiar with her writing. I usually do not read contemporary fiction so I was not surprised at my ignorance. After the talk was over, Cheryl was signing books for us so I grabbed the one called “Wild” and handed it to her asking for the autograph. Well, now since I had a book presented and signed by the author herself, I had to read it.

“Wild” is an autobiographical novel about a young girl who lost her mum because of cancer and in her grief, set on ruining her own life. She even came to consuming heroin and got pregnant by her heroin-addicted boyfriend. As a way to release her grief, she decides to hike on a Pacific Crest Trail, a trail that starts at the border of Mexico and goes up north to the border of Canada. Although she has not ever been on a hike that lasted a few days, she is resolved to get started and the story follows her journey until she reaches the end of the trail ( by the way, if you are thinking about the movie that has the same plot, you are not mistaken. There is a movie called “Wild” which is based on this novel starring Reese Witherspoon).

I had an interesting dilemma about the main character – I was not connecting to her much yet I thought it was courageous of her to realize that she needs to free herself from the burden of grief and find a way to let it go. Although she was not close or relatable to me, I did admire her trusting her gut and making a hard decision to go for something that she might not be able to undertake and yet she did.

For me, the story was mostly about bearing the things that we sometimes cannot bear. Cheryl’s backpack, which she calls Monster, is so terribly heavy that the first time she tries to lift it in her hotel room before setting on a hike, she can not. I thought this was a good symbolism for her emotional state – she was carrying the grief that was too heavy for her.

Ironically, before setting on a hike, Cheryl needed to change her name when divorcing her husband. She chose “strayed” which represented the way she felt – lacking belonging somewhere after she lost her mum and her relatives walked in different directions. At the end of the novel, she was anything but strayed – she was the exact opposite of it, she was found.