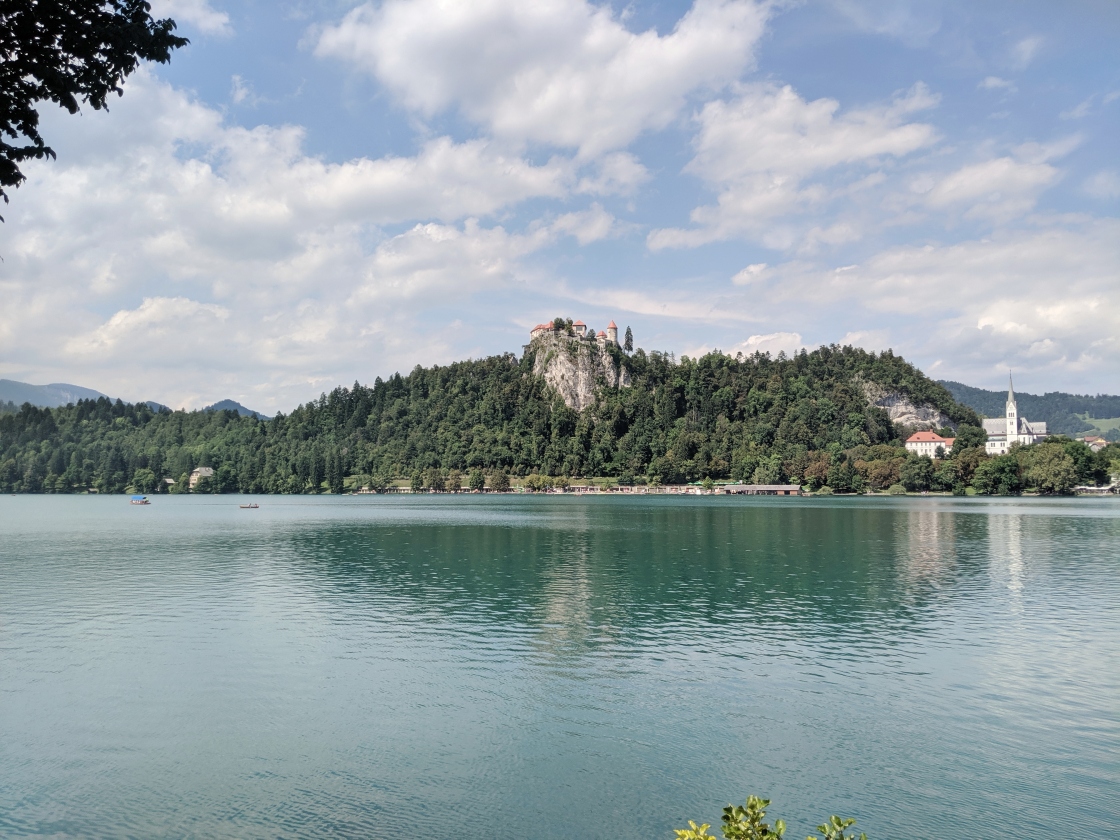 This summer, we spent a week in Slovenia. We drove from Most, the small city in the northern Czech republic where my parents live, through Austria and headed to Piran, in the south of Slovenia. Since the drive was 8+ hours, we decided to break the travel time into two days and stop at some interesting places on our way. One of those was the Slovenian lake Bled.

Lake Bled is located in the northern part of Slovenia not far from its Austrian border and is considered a popular tourist destination. We could definitely sense that as we took off the highway and headed in the direction of the lake: we were slowly dragging between the camping vans for a good hour until we reached the city Bled. Our next challenge was to find parking and luckily, we asked some local boy in Czech, where we can find a parking lot – at 30C our one and only thought was to dip ourselves in the refreshing water. The boy pointed out in the direction of a narrow one-way street saying that it might be worth trying that way. The street was so tight that it could barely be called a street. As we squeezed through it though, we ended up in the middle of the forest with the free parking lot arranged there.

Happy to have a place to leave the car, we got out of the car and headed in the direction of the lake. It was well worth waiting in traffic for some time: the lake was magnificent: the water was crystal clear, the views were mesmerizing and the ambiance was relaxed which resonated well with our mood on the second day of the trip. Although there was a good amount of tourists, we had no problem finding the spot where we could spread our towels and relax by the shore. I swam with my dad back and forth for a while enjoying the warm and clear water. Bliss! 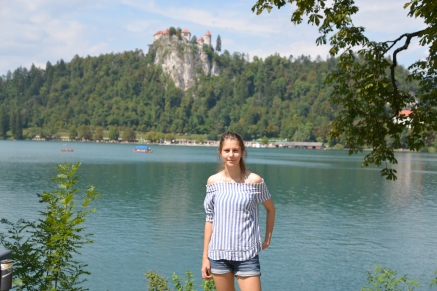 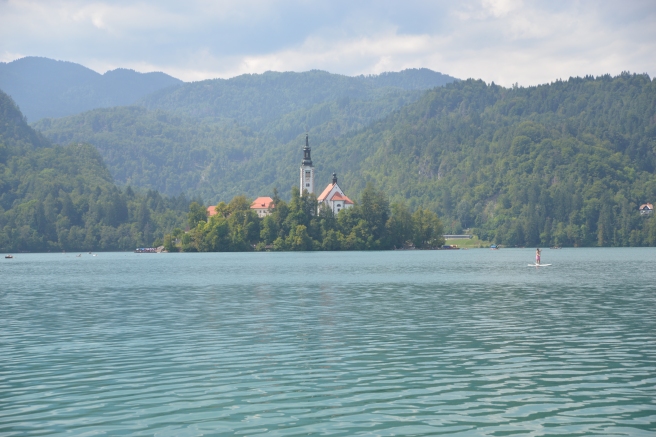 We spent a few good hours on the shore and lunched later on at the parking/ camping site where we dropped the car earlier. Perfectly tired and well refreshed, we headed south for our next adventure catching the last glimpses of the mesmerizing lake Bled in the rear-view mirrors.